Home > Blog > In The Media > Networking Times – A World Unbound 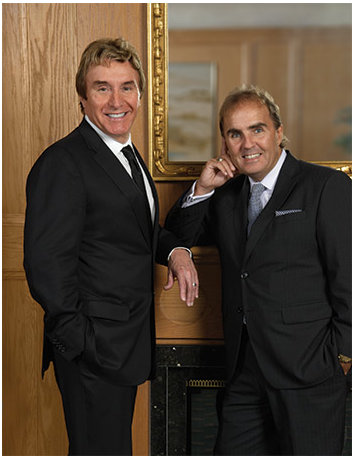 Dan Catto and Joe Garcia are business partners who lead a network marketing mega-team of more than 850,000 distributors spanning all five continents.

Based in Toronto, both Dan and Joe are veterans of the profession; Dan got started in 1988 and Joe joined him in 1993. What’s unusual about their story is that only 5 percent of their network is in North America, while the other 95 percent is mostly in what they call the “emerging markets.”

Dan and Joe have business and training infrastructures in well over thirty countries, where they are revered by their teams as messiahs of free enterprise. They have helped hundreds of people earn seven-figure incomes in regions where the average monthly income is about $300. Eleven of their top earners have earned at least one weekly bonus check of over $100,000, and the highest weekly payment ever, a whopping $170,000, went to a single mom in rural China.

Dan and Joe believe that the BRIC countries—Brazil, Russia, India, and China—will see their greatest growth curve in network marketing in the next five years, and that most of this extraordinary growth will come from connections to people in North America, because of the cultural melting pot it represents.

In Dan and Joe’s experience, new markets tend to favor companies based in the U.S. because they recognize it as the birth place of network marketing. This presents American leaders and trainers with an unprecedented opportunity to expand in some of the most entrepreneurial societies open for business today.

Dan’s Story
By the time Dan’s world turned upside-down, in 1988, he had spent ten years in the corporate world and two years running his own business. Suffering through a bankruptcy and a divorce,…

Joe’s Story
In his early twenties, Joe managed health and racket clubs in Toronto. He was making good money and for the first time tasted a lifestyle of freedom…